Ageism: The Next Generation of Discrimination 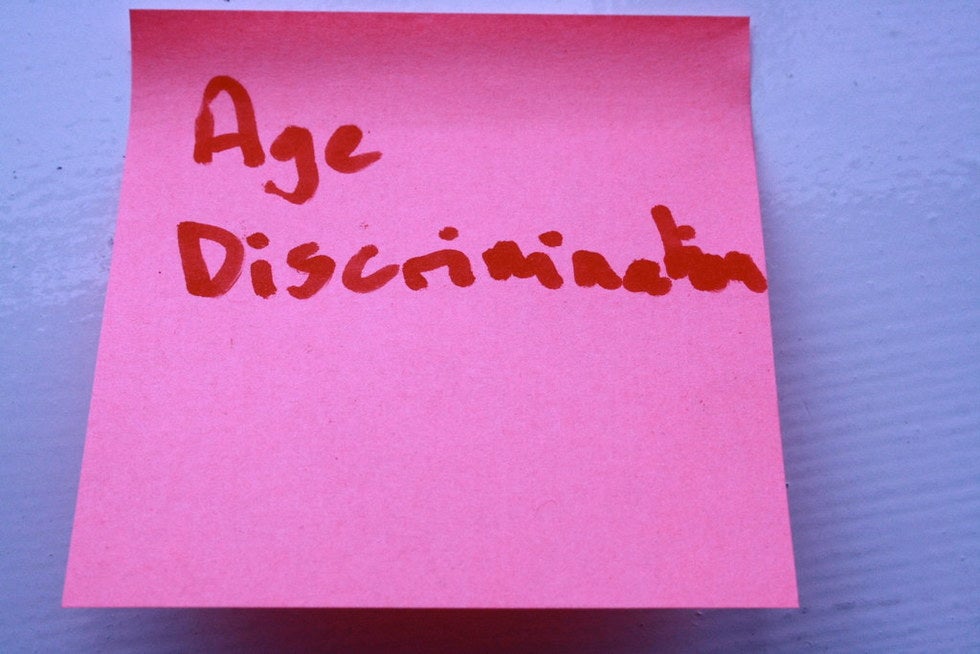 Discrimination comes in various forms – race, religion, color, national origin, sex, disability, and even age. Age-related discrimination has become more and more apparent with the growing number of baby boomers inching into the class eldest to our population. The attention to the mounting presence of ageism has triggered a renewed concern with the discrimination of our aging population.

Among other things, ageism affects dating, job searching, promotions, and general well-being. Much of the age discrimination conversation focuses on the workplace.  Age discrimination often affects our older generation from securing employment later in life. So much so that, in 1973, Congress enacted a law prohibiting the discrimination of employees based on age. Today, advocacy groups are rallying behind our aging population, once again, to bring attention to the continued injustices that our elder population suffers.

Who is at risk?

Theoretically, ageism can affect any person. Generally, though, it is understood to affect those older than the person exhibiting discrimination. For example, an 18-year-old could discriminate against a 30-year-old counterpart simply because they are perceived as too old to partake in the same activities. Traditionally and legally, it has generally been understood to apply to the effect on those over age 40. The older the person becomes, the more susceptible the person is to such treatment.

Eventually, we are all at risk for age-related discrimination. We will all age – our bodies will break down over time; we will lose abilities that once sustained our independence; we will all become old someday. It is this reality that has ignited a movement drawing attention to age-related prejudices and discrimination. Focusing on education, these advocacy groups hope to combat the stereotypes of aging by exposing their inaccuracies – not every aged individual resides (or should) in a long-term care facility, that many of our elders are healthier and more capable physically and mentally than those half their age, and that age alone does not determine what an individual is capable of accomplishing.

What can one do to battle it?

In an article by the American Psychological Association, it is suggested that as youths, we adopt stereotypes about the older population and over time, as we age, we “self-stereotype.” In other words, our judgments of our elders as young people become our negative view of ourselves once we become an elder.

Such a way of thinking is neither programmed nor mandatory – it is an attitude that can be contested. Just as easy as adopting these negative views of ourselves is the ability to laugh at how wrong our perceptions were when we were young. The conviction we once held that our parents were so old at 40 – until we became 40; or how ancient our 65-year-old grandparents seemed when we were a child – until we found ourselves heading toward retirement. We are laughing because once we reach that milestone, we find that we still feel young!

Younger individuals often harbor stereotypes for how elders are supposed to behave, their capabilities, their intellectual aptitude, and, most often, their ability to perform work-related tasks and responsibilities. Elders, senior citizens, grandmas and grandpas are often imagined to be feeble elderly individuals, relying on their tennis ball-donned walkers, sharing butterscotch candies and stories of the world from their “back in my day” perspective. Today, with the advances in medications, accessibility to activities and groups for like-minded individuals, a person's ability to stay active, “young,” and able well into retirement is the new reality. Not surprisingly, though, the perceived age in which one becomes old differs depending upon the age of the person queried; old age comes earlier according to a younger individual, for example.

Such disparities in the perception of age create a prime territory for disagreement, unequal treatment, and biases toward individuals outside of one's generational grouping. Our aged population becomes disadvantaged by incorrect assumptions their younger counterparts harbor toward the aged.

Are there any legal protections?

Protecting employees – past, current, and future – from discrimination started with the Civil Rights Act of 1964, which prohibited discrimination based on race, color, national origin, sex, and religion. Next came the protections for our aging population. Interestingly, the legal protections addressing discrimination against elders in the workplace were passed six years before those established for the disabled (for those in federal positions), and twenty-three years prior to private sector employment for the disabled.

The Age Discrimination in Employment Act of 1967 (ADEA) protects employees 40 years of age or older from discriminatory employment practices based on age. According to the U.S. Equal Employment Opportunity Commission (EEOC), “the ADEA applies to private employers with 20 or more employees, state and local governments, employment agencies, labor organizations, and the federal government.”

ADEA allows employers to provide preferential treatment to protected employees to the detriment of younger employees – even those who are also covered under the act. Courts have established a basic requirement that the discrimination must originate from a person that is more than a year or two younger than the individual claiming age-related discrimination. The EEOC can also grant exceptions beyond those in the ADEA when deemed appropriate.

The Older Workers Benefit Protection Act of 1990 (OWBPA) amended the ADEA to prevent employers from denying certain benefits to aged employees. Employers are prohibited from denying elder employees benefits that younger employees are afforded – such as life or health insurance, pensions, or retirement benefits. Although in certain cases, when an employer would suffer an unreasonable financial hardship by providing the same benefits to an older employee and a younger worker, it would be satisfactory to spend the same amount for each class, even if that means the older employee would receive fewer benefits.

In August 2019, a Los Angeles Times employee was awarded $15.4 million in damages in an age and disability discrimination case.  Mr. Simers had worked at the publication for 22 years as a columnist when he was demoted to a writer after developing health problems.  Simers claimed that the newspaper engaged in constructive termination, which is when an employee feels they must leave their job due to a hostile work environment.  In December 2019, a judge overturned the case, citing misconduct on the part of Simers' attorney and stated that the award was excessive.  A new trial as to damages will ensue in 2020.

Google has had issues with its “culture of youth” for a long time.  In 2010, Google was sued by Mr. Reid, the company's Director of Operations and Director of Engineering.  At the time of the suit, Reid was fifty-two years old.  Reid claims that after some time on the job, he was transferred to manage a team of engineers but was given no budget or staff.  He left Google two years later and was replaced by two much younger employees.  Reid claimed that he was told his ideas were “obsolete” and “too old to matter.”  He was called “slow,” “fuzzy,” and “lethargic.”  Coworkers joked that he was an “old man.”  Reid sued based on age discrimination; the settlement amount was undisclosed.

Apparently, Google did not learn their lesson.  They were recently sued in a class-action lawsuit with 227 plaintiffs who claim that Google engages in systematic discrimination by not hiring applicants over the age of 40.  Ms. Fillekes was the initial plaintiff, claiming she was interviewed four times by Google, starting at age 47, but was never hired.  The plaintiffs were awarded $11 million.  As part of the settlement agreement, Google must train employees about age bias, create a committee on age diversity, and ensure that age discrimination complaints are given proper investigation.

Age-related discrimination affects our elders – but what about the emerging eighteen-year-old adults sprouting up each day? Just as often are jokes made of the perils of older age as are the inexperience and ignorance of our youth. Will ageism grow to encompass the discrimination against young employees, too? Only a few states consider age discrimination to be possible for the young or old.  Will there be eventual protections for the nineteen-year-old that was refused promotion due to his perceived inexperience and arbitrarily alleged lack of maturity – despite the potential opposite? Will there ever be a point that young, able-bodied, native, non-ethnic, non-religious individuals find themselves disadvantaged because any established law is not protecting them?

Ageism is not a new concern. However, due to the influx of the (currently) largest generation of individuals reaching old age, attention has been renewed to the more frequent injustices these individuals are facing. Older Americans are finding themselves outed by company restructuring and eliminating jobs, only to find the company retitled the position and hired a younger employee at a far-reduced wage. Some elders are forced into early retirement. Others are refused promotions or initial hiring – why not hire a younger person so that the position will not need to be refilled in a few short months or years when an elder retires or becomes unable to perform?

Those over 40 years old have federal protection against discrimination in the workplace, and some at the state level – but this does not mean the injustices have miraculously halted. Each day our elder workers are frustrated by their inability to advance, retain, and find employment. Advocacy groups hope to educate younger generations of the misguided attitudes held for elders generally, their capabilities, and their potential. Hard workers can be found in any generation. Age alone is not a compelling factor for determining how much a given employee can benefit a company – qualifications, not age; diligence, not age; loyalty, not age; commitment, not age; are the sensible factors to consider.