Where There’s a Will, There’s a Way — To Probate Court | Marietta Estate Planning Lawyers 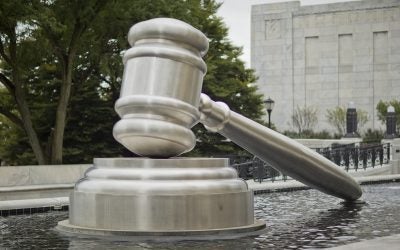 One day William's daughter read in an article that a will was not the best way to leave property to heirs. Wills often involve long and expensive court proceedings and there are other, more efficient ways to pass on savings to family. But William was a person who knew his own mind, and he felt sure that a simple will would be good enough for him.

A will without court approval is nothing more than the paper it's written on. Wills, by themselves, are not enough to prevent property from staying “stuck” in a decedent's name. The only way a will could be effective, to give William's daughter the inheritance he wanted her to have, was for his daughter to go to court after he passed. Courts make sure that wills are valid, debts are paid, and – despite whatever the will may say – whether other family members might also have a legal right to a portion of the estate. Worse, because probate court files are public record, anybody off the street could have open access to all documents filed there, including wills.

So when William's daughter filed in probate court after he died, she soon found herself besieged by get-rich-quick con artists. William's estranged second wife's children showed up to demand a piece of his estate. When a small loan William owed on his house was discovered, a property broker flagged the house for foreclosure and the daughter's lawyer had to move fast to keep the house off the auction block.

It took over three years to resolve these complications. Even simple probate matters can end up costing between two and eight percent of the total estate value. William's daughter had to pay around $30,000.00 in court costs, attorneys' fees, and accounting expenses. She then had a minor traffic accident. Even though nobody was hurt, the other driver sued her and she eventually spent a significant chunk of the rest of her inheritance on attorneys' fees and court charges.

If only William had heeded his daughter's advice, these difficulties could have been avoided or minimized. Here is what an experienced Marietta estate planning attorney could have recommended instead.

Making his bank account “POD.” William kept a modest sum in a savings account. He could have left that money to his daughter using a “payable on death” (POD) designation, simply naming his daughter as owner of his account on his passing. Then all his daughter would have to do would be to present William's death certificate and proper identification, and the bank would pay over the funds to her. No fees, no fuss, no exposure.

Deeding his house. There are several inexpensive and effective options to use deeds to transfer ownership of real estate automatically, without the need for probate. An attorney would know which kind of deed would have suited William best.

Protecting the inheritance. William had several antique cars worth around $50,000.00. An attorney could have created a trust for William, transferred ownership of the cars into the trust, and named his daughter as trustee. As long as the trust was carefully drafted, the money those cars could fetch might have been protected from the accident litigation.

Small-estate proceedings. William's estate was too large to benefit, but, for smaller holdings, most if not all states permit shortened and simplified proceedings that avoid the costs and delay of full-blown probate proceedings. These go by various names, including “small-estate” or “voluntary-administration,” or “summary-administration” proceedings. As long as an estate is worth less than the upper limit set by law, property can be distributed without the court supervision that probate proceedings otherwise require. The limit varies depending on the state, generally between $30,000.00 and $100,000.00. In Georgia, accounts with less than $10,000 can be transferred by affidavit and without probate and so can automobiles.

When it comes to wills, there are many better alternatives that would have kept William's financial affairs more-efficiently managed and private. Attorneys know. Please ask. Call our Marietta estate planning lawyers at 770-425-6060 and let us educate you so you can make the decision of what planning tools are best for you and your family.