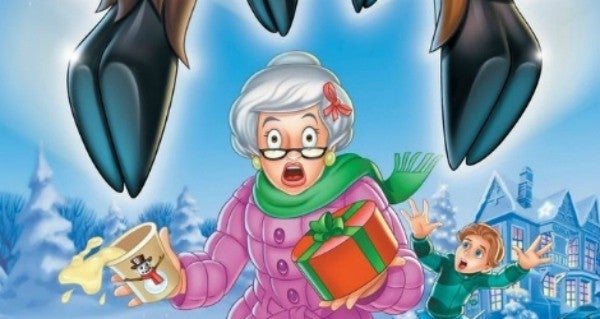 It's Christmas time and as an East Cobb Wills Lawyer, I look for fun ways to relate legal concepts in popular media. The novelty Christmas song, “Grandma Got Run Over by a Reindeer,” written by Randy Brooks and first recorded by Elmo and Patsy in 1979, is about a grandmother who gets intoxicated on Christmas Eve from drinking too much eggnog at a family gathering. To complicate matters she has forgotten to take her medication and she ignores warnings from her family. As a result, she staggers outside into a snowstorm. On her way home, she is allegedly trampled by Santa Claus's reindeer-pulled sleigh. At the next day's Christmas “festivities,” instead of celebrating the holiday, “all the family's dressed in black.” Grandpa acts as if nothing has happened, and is drinking beer, watching football and playing “cards with cousin Mel.” The song suggests that Santa, “a man who drives a sleigh and plays with elves,”is unfit to drive and that the listening public should be wary of him, as a menace to society.

Since I'm an Estate Planning lawyer, I can't just leave it there. I wonder about Grandma's estate. (Yes, I do that sort of thing.)

Imagine Grandma survived the attack but was still seriously injured. After the collision, she is unconscious and unresponsive. Her doctor declares her legally incompetent. What happens to Grandma and her stuff depends on what estate planning Grandma and Grandpa have put into place.

First, assume that, like two out of three of us, Grandma and Grandpa have NOT done proper estate planning. When Grandma is admitted to the hospital, since she does not have an Advance Directive for Health Care, she has no control over who will make health care decisions for her now that she can't communicate her wishes. Under Georgia's Medical Consent Law, the next of kin can consent if the patient is unable to do so. The spouse is the first option for a patient who is married. So it's all up to Grandpa. Yep, he'll get around to deciding that right after the next round of cards.

For another scenario, let's assume Grandma makes it, but her care is getting expensive. She and Grandpa had maintained separate bank accounts all these years. Grandma's pension is in her account and all of the household bills are in her name. Grandpa will have to go through a lengthy, public and costly court process to be appointed as Grandma's guardian and conservator to access Grandma's pension to pay hospital and household expenses. He will most likely have to post a bond to make sure he doesn't mishandle Grandma's money. This process will take several weeks and will cost several thousand dollars. Considering Grandpa's greater interest in drinking beer and playing cards, it will probably be a hefty bond.

Now, let's look several months down the road from the horrific attack. Sadly, Grandma does not make it, and finally, “all the family's dressed in black.” So NOW what happens to Grandma's property?

Sadly, Grandma did not have a Last Will and Testament. Are you surprised? Georgia's laws of intestate succession provide the default or “do nothing” plan. It is a one-size fits all Will (sort of like Grandpa's overalls) that says Grandma's estate will be split between Grandpa and her unnamed children. Let's assume Grandma and Grandpa had two children, Elmo and Patsy. Grandpa receives the same size share as each child (but not less than one third) and Elmo and Patsy will also receive one third each. Don't worry about old Cousin Mel getting anything: before she would become an heir, Grandma's spouse, children, and all grandchildren, parents and siblings would have had to have predeceased her before Mel, a cousin, receives anything. Okay, so maybe Mel will get the playing cards.

Just like the guardianship and conservatorship, this matter will be handled in the probate court, and is likewise a public, time-consuming, and costly process. Not the smartest of options, but not an unlikely result, considering this silly family.

Let's look at a more controlled and alternative outcome to the tragic situation now. This time, because she was thinking ahead, Grandma had signed an Advance Directive for Health Care naming Sister Sally as her health care agent. Since Grandma is now unable to communicate her wishes, Sally can make her health care decisions for her. She can admit Grandma to the hospital and request, consent to treatment or withdraw treatment. (And, unlike Grandpa, Sister Sally won't hesitate!)

this time Grandma also has a durable power of attorney and a revocable living trust, so when she became incapacitated, Sister Sally is able to immediately act on her behalf to handle her finances as her agent or “attorney in fact.” This works out better for Grandpa, too. Instead of having to file for guardianship and conservatorship over Grandma, he could keep his scheduled card games with the guys. Sally becomes the successor Trustee and gained access to Grandma's money with minimal time and expense and it was all handled privately.

Grandma's living trust was fully funded (meaning the title of all of her accounts and property were transferred to it), so when she ultimately passed on, her family did not have to go through the several months of delays and costs of a public probate process (several thousand dollars more), but instead was able to have immediate access to the money and property. Sally took a modest fee allotted by Grandma for her efforts as trustee and transferred funds to Grandpa as he needed them.

So the next Christmas, the goose was on the table, as was the pudding made of fig. As the blue and silver candle that matched the hair in Grandma's wig flickered, everyone remembered Grandma fondly, as they all waited for the jury award in Grandma's lawsuit against Santa.

And they all lived happily ever after.

(Adapted from a prior post co-written by Steve Worrall and Shelia Manely, originally posted here)