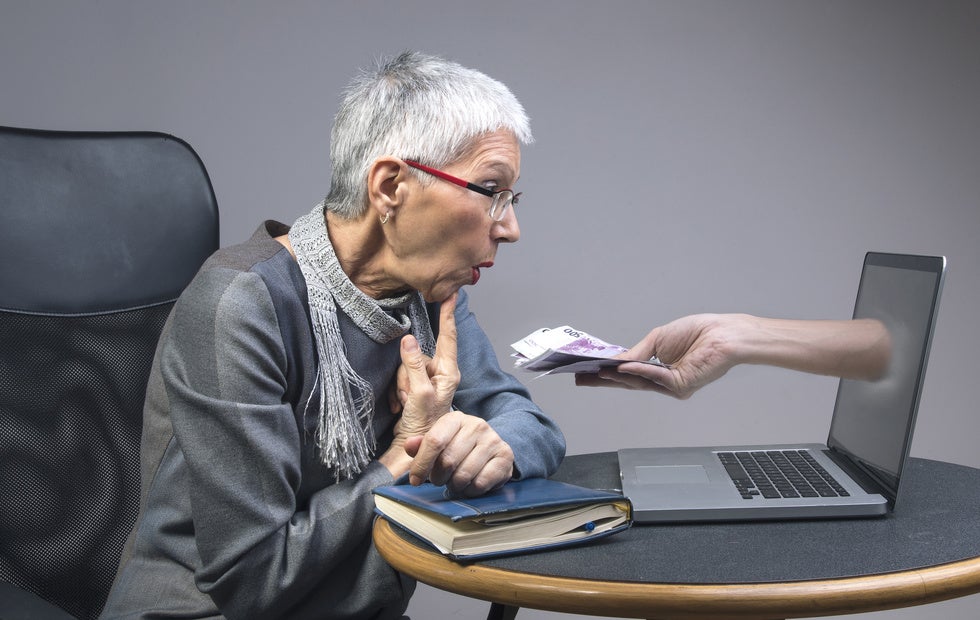 Elder abuse scams are everywhere, but they are reaching a new level of sophistication in targeting their potential victims. Forbes is reporting about the problem that unscrupulous scam artists are contacting veterans and service members pretending to collect money to aid other vets or enlist them in a fictitious government program that requires their personal information as well as an initial payment. Other scams include home refinancing loans at extremely reduced rates, the offer of an upfront lump-sum payment of benefits for signing over all their future monthly benefit checks, fake charities, and posing as an old friend with a “sure thing” investment just for them. The problem has become so vast that the Senate Aging Committee is tasking the Department of Veterans Affairs to do more to protect veterans.

Much of the focus of the Veterans Administration has been to deliver quality and timely health care. The Senate Aging Chair Susan Collins (Maine-R) acknowledges the precedence to fix VA health care issues pushes protecting veterans from financial fraud to a lower priority. Now the committee is calling for a specific two-step action plan that will not require additional resources and can be implemented immediately.

According to Collins, the first step would be to elevate veteran claims of financial fraud to the Federal Trade Commission (FTC) and the Justice Department (DOJ). The FTC has a public service announcement on its website to educate people on how to identify an actual veterans charity organization that properly uses donations to help veterans. Many fraudulent charities have the word veteran in their name specifically to mislead people into giving them money. The FTC is the central point of contact for reporting fraud outside of the VA.

At this time, the DOJ references consumer fraud complaints to the FTC toll-free phone line or website to access the FTC's fraud task force. The DOJ recognizes veteran benefit fraud and misuse by refocusing the problem back to the VA but does not have a specific veteran consumer fraud complaint program. Collins is asking the VA to increase the visibility of the veteran fraud problem to the DOJ through the forwarding of complaints. In keeping with the VA prioritizing veteran health care over victims of fraud, the DOJ Office of Inspector General has a newly created Veterans Affairs Health Care Fraud Task Force. It may take some time before more is done about veterans and scams, but elevating VA fraud complaints to the DOJ is a start.

The second step in the committee's recommendation is to distribute a brochure to all veterans from the combined efforts of the American Association of Retired Persons (AARP) Fraud Watch Network and the United States Postal Inspection Service (USPIS). The educational pamphlet can also steer veterans to the OperationProtectVeterans.com website, where more information about veterans scams can be found. This website features videos, lists of the most common scams, and the tips veterans need to know to avoid becoming a victim to a scam. The USPIS, in conjunction with the DOJ, is working on getting more authority from Congress to prevent veteran financial abuse.

According to the AARP, veterans are twice as likely to fall victim to scams as the population at large. They also have twice the rate of Post Traumatic Stress Disorder (PTSD) as that of the general public. PTSD is one of the leading reasons veterans fall prey to fraud. Because of their disorder, veterans living with PTSD find it more challenging to recognize and then resist the emotional manipulation scammers employ. Because of their vulnerability, veterans are heavily targeted by scam artists. According to an AARP study, 80 percent of retired military persons maintain they have encountered at least one veteran-specific scam and that 16 percent have lost money to scammers, again double the rate of the general public.

Surely the veterans of America deserve to be better protected against financial fraud. The Senate Aging Committee is making scams targeting veterans a priority and pressuring the VA to take more action. Until more programs and education are in place, there are some general rules to follow that every veteran and family of a veteran should know.

Be aware if you are a veteran who has PTSD. Seek out legitimate charities or businesses to employ through your efforts. Being susceptible to emotional manipulation is difficult to combat because of your disorder. If you begin to feel uncomfortable with a person or entity trying to get a donation or sell you something, shut the conversation down immediately and talk to a trusted loved one, then contact the VA.