The Link Between Diet, Exercise and Alzheimer’s 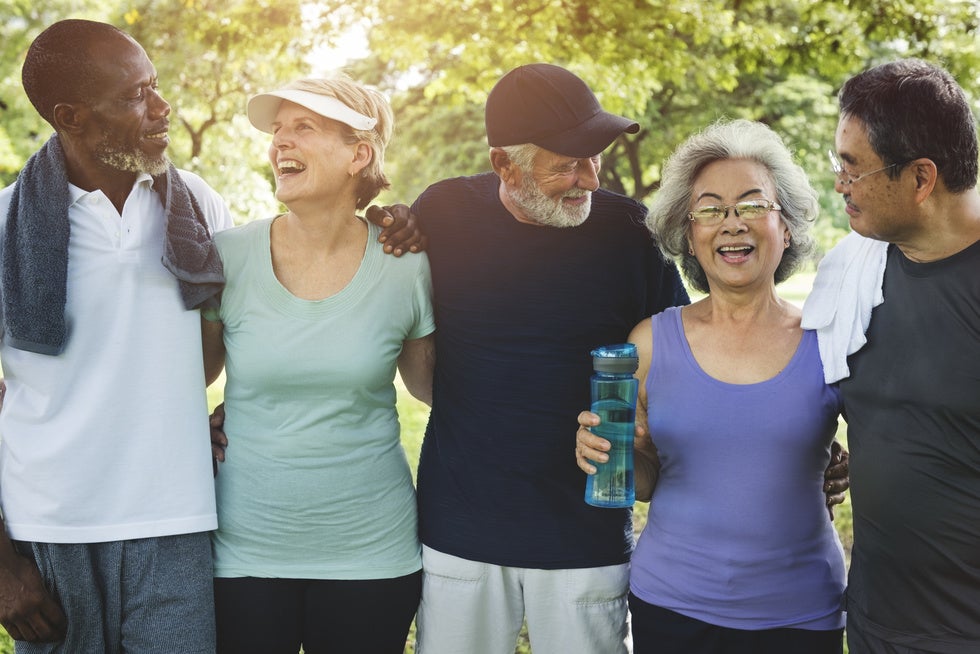 Concerns about your memory or that of a loved one should never be ignored.  There are many resources available through a simple internet search, and professional associations that provide education and guidance through a maze of questions you may have regarding how to approach someone you suspect may be experiencing memory loss, or how to ask for help if that someone is you.  There is even a free online memory test you can take in the privacy of your own home.  But, did you also know that through many years of research, there is a link between diet, exercise and Alzheimer's disease?  It is never too late to start making proactive changes to your diet and lifestyle now to help lessen the risk of developing Alzheimer's.  Even if you have been given an Alzheimer's diagnosis, a study published in late October by Alzheimer's & Dementia: The Journal of the Alzheimer's Association, noted that it is possible to improve cognition with modifications to diet, exercise, and sleep.

This study, summarized by the Wall Street Journal, acknowledged that the methods tested would not prevent Alzheimer's, but through their findings, healthy individuals, as well as those with mild cognitive impairment who followed personalized recommendations over the 18 months of the study, did show improvement in cognition.   The study included 157 participants who varied in age from 25 to 86 and who all had a family history of Alzheimer's.  A small group in the study had mild cognitive impairment and were asked, after going through certain measurements and many tests, such as blood, genetic and cognitive function, to adhere to a little over 20 recommendations of food selection, daily vitamins and personalized exercise plans.  Those who followed at least 60% of the recommendations showed significant improvement from their baseline in cognitive testing.  Participants who followed less than sixty percent of the recommendations experienced cognitive decline similar to the control groups.  Cognitive decline is a precursor to memory problems.

The larger group of participants studied were healthy individuals who had no memory loss though some in this group had less than ideal cognitive testing.  After 18 months of following recommendations, all participants showed improvement in cognitive testing compared to their baselines and the control group, even if all the recommendations were not followed.  Results showed that younger participants did better in general than those who were over 60 years old.   Some of the measurements that went into developing a personalized plan included body fat and muscle mass, since the memory center of the brain, the hippocampus, is known to shrink as belly fat increases.   Because cholesterol, blood sugar levels, and blood pressure are linked to an increased risk of Alzheimer's, these values were monitored throughout the study.

In reviewing sites such as the Alzheimer's Foundation of America, a free memory test was found that will test how quickly and accurately you recognize repeated images during a timed test.  On the Alzheimer's Association website, one can find many recommendations for diet and lifestyle modification to follow, which are also listed in the Wall Street Journal article.   Some examples of diet modification include limiting red meat, adding foods to your diet that are high in omega 3's, such as a certain type of fish, and foods high in antioxidants, such as strawberries and blueberries.   A mix of aerobic exercise and resistance training/weight lifting was recommended for good brain and heart health.   Hours of sleep and quality of sleep were other factors that can affect mood and memory.  It is generally recommended that a person try to get at least 7.5 hours of sleep each night and reduce caffeine consumption and 'screen time' well before bedtime to improve the quality of sleep.  As for general brain health, meditation for stress reduction and learning a new skill, such as a foreign language were recommendations to keep you mentally sharp.   There are many other ways to start now to improve or maintain your brain health with numerous online resources to help.  If you have a family history of Alzheimer's, don't let another day go by worrying about what may happen.   Educate yourself and take steps now that could minimize your risk of developing Alzheimer's disease.

Alzheimer's Foundation of America at https://www.Alzfdn.org