It's been nine years since my father passed. I wanted to repost this, my eulogy to him, on this anniversary date. 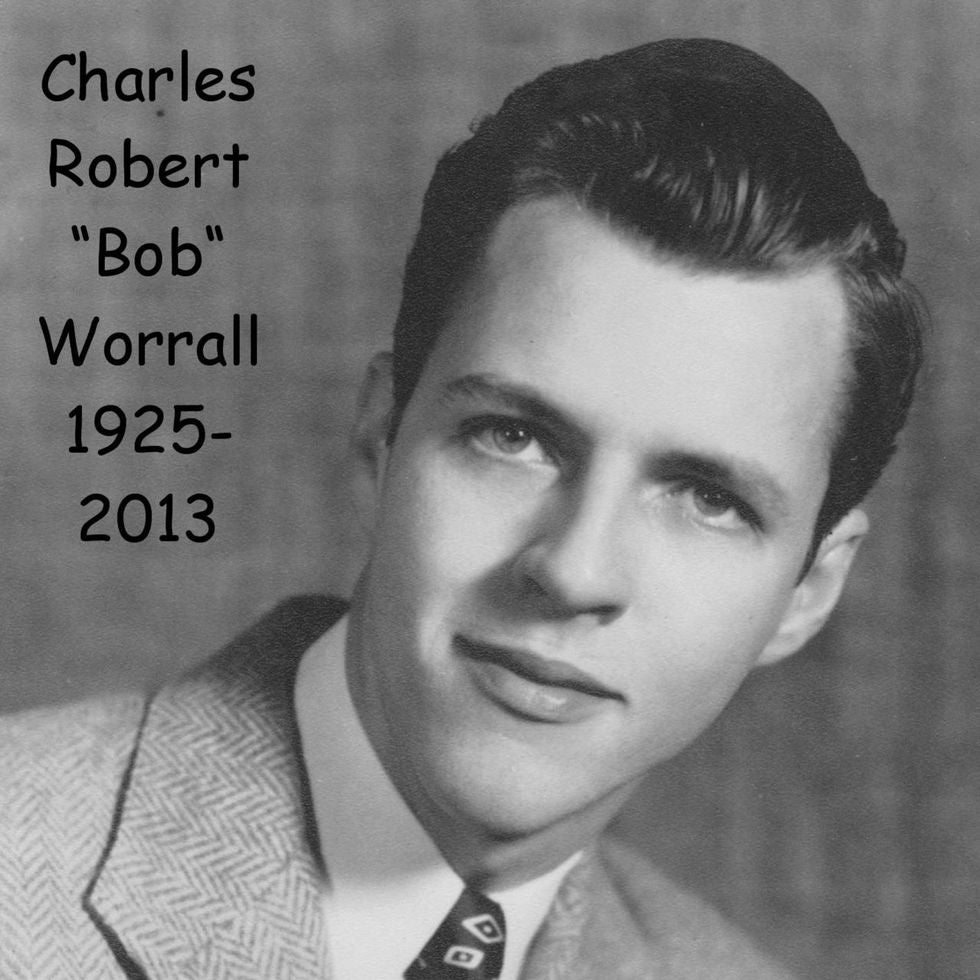 My Dad was a hero.

Now, not just your ordinary, average, everyday hero, mind you. Oh, he was that, to be sure. But he was so much more.

As I was growing up, there was the hero he would show. You know, the normal daily acts of heroism as a husband and father: Working hard, encouraging his kids to do well in school, supporting us emotionally and financially in achieving our goals and so forth.

After my wife, Karen, and I adopted our daughter, Amanda, from China, I began to learn about, and he would talk more openly about, his military service. It was only then that I began to learn of:

He boarded the Army train on Flag Day, June 14, 1943. That was also the birthday of his good friend and later brother-in-law, Cornwell Sirmon, and a few years years later, my birthday.

After his military and flight training, in February 1945, he was shipped off to India to serve in the CBI, or China Burma India Theater. There, he participated in what was at the time the largest airlift in world history. His mission was to fly supplies in cargo planes from India to the British Army in Burma. He flew at this time in C-47's, the workhorses of the Army Air Corps. The routes he would fly would take him up and over or through the Himalayas. Those routes would become known as flying the “Hump.” He would make several of these flights a day and logged hundreds of hours of combat flight time.

Later, when the Japanese army had been driven back to Rangoon by the Brits, he began flying in China in the summer of 1945, and was then flying in C-46's -- bigger, less reliable and more dangerous planes.

He flew most often in the heart of China between Kunming and Liuchow, more often than not in such poor weather that most of his landings were by instrument only.

The war with Japan ended in August 1945, soon after he began flying in China, but he remained on duty there for several months, in what for me would become the most fascinating and foreshadowing part of his service. Many years later, he would tell me the stories of how he was among the first Americans in, and the liberators of, many cities in eastern China which the Japanese had occupied prior to and during World War II: Canton (now Guangzhou), Shanghai, Tientsin, and Peking (now Beijing). He also participated in the liberation of a prisoner of war camp outside of Beijing.

By December 1945, he was on a transport ship crammed to twice its capacity and on his way home on a literal slow boat from China. After a long cross-country train ride from Seattle, he made it back home to Atlanta just in time for Christmas. He was 20 years old, just a few months shy of his 21st birthday. He served in the Air Force Reserves for a few more years after the war and flew from time to time in those duties, but to my knowledge, after that, never flew again. By the end of his service, he had achieved the rank of Second Lieutenant.

As a kid, I would see his medals in our house, hidden away in bureau drawers, but I never knew the stories behind them. He just didn't talk about them. I understand that most soldiers, sailors, airmen and marines of that era did not. They, like him, were quiet heroes.

He provided this decorated and distinguished military service inside a country that would later bear him a granddaughter, because fifty four years later in 1999, my wife and I adopted our daughter, Amanda, in Hefei, Anhui Province, China. On that trip, we also visited Shanghai and Guangzhou, two of the cities that were liberated by my Dad. Ten years after that, in 2009, we returned to China with Amanda for a heritage tour and visited Beijing for our first time and toured Shanghai again, along with several other beautiful Chinese cities. Between these two trips, Dad began sharing with me the many stories of his adventures in China. For example, he told us about how he was one of the first Americans to enter the Forbidden City after the end of the war and how the Japanese had stripped the gold off of all of the buildings there. We were able to go there and see the Forbidden City now and share pictures with him of how it looks today.

My brother gave him the hat he loved so much, his World War II Veteran's hat. He received so much positive attention from so many people when he wore it. This also seemed to encourage him to share his stories.

These 3 years of his young life shaped him and formed him to be the man we saw and knew and loved.

After returning home from the war, he met and married my Mom, Barbara, and they parted only this week, over 65 years later. He got his college degree in animal husbandry from the University of Georgia. They bought a 250 acre farm in Austell and there raised me, my sister Peggy and my brother David. He worked as a rural letter carrier in Mableton and Mom worked at Lockheed.

He taught me a love of nature and the outdoors, and the value of hard work, of helping others, of keeping your word and doing what's right.

He was a wonderful husband to my Mom and a great dad to me, Peggy and David, and later a great father-in-law to my first wife Sandra, my wife Karen, Peggy's former husband Alan, David's first wife Christine and his wife Zornitsa, and a wonderful grandfather to my children, Bob, Stephanie, and Amanda, Peggy's children Kristina, and her husband Brian, Meredith and Jason, and David's children, Vanessa and Brendan. He was a dear brother to my Aunt Virginia, my Uncle Jim and my Uncle George and brother-in-law to my Uncle Cornwell, Aunt Frances and Aunt Jean, and uncle to my cousins, Rick, Gail, Amy, Fran, Nancy, and Kim, and all of their families.

That farm was their home for 46 years. 12 years ago they sold the farm, which was developed into a new subdivision. They moved to their home in Kennesaw, which was a dream house for them both. The subdivision which was built on our old home place preserved our name and Dad's legacy on the property by naming the forest on the south end of the farm, the land between the confluence of three creeks: Ollie Creek, Noses Creek and Sweetwater Creek, as “Worrall Woods.”

As many of you know, I am a lawyer and in the last few years, I have been doing more and more estate planning as part of my practice. One thing I try to do differently from other lawyers is to focus on what we call the “whole family wealth:” our intangible assets, the things that make us uniquely who we are and what are important to us; the values, insights, stories and experiences that are lost to our families when we die. My Dad has given us so much of his whole family wealth. In 2000, he recorded many of his stories and they were made a part of a video project by Readers Digest which created a personalized videotape introduced by Walter Cronkite and then, using film and images from the National Archives and pictures provided by the veteran, told the story of these members of “the Greatest Generation,” called “When I Went to War.” This videotape, recorded in his own voice, is so valuable and precious to all of us, especially to his children and grandchildren.

And just this week, after he passed away, I found in a drawer in his file cabinet, along with his military medals a literal treasure chest in a cardboard shoebox. Inside that box were probably 200 letters he had written between 1943 and 1945 to his parents or his brothers and sister, recounting his stories from his service at the time the events were happening. I can't tell you how marvelous it is to know that this piece of him will live on for us all.

Our last family reunion was last Thanksgiving. I am so grateful to my Aunt Virginia, Aunt Frances, Uncle George and Aunt Jean, and almost all of my cousins and their spouses and so many of their children and their spouses and their children, for travelling to Mom and Dad's home and letting him regale them with the stories I have shared with you today and so many more. I take great comfort in knowing that today Dad is with his parents and with his brother Jim and his brother-in-law Cornwell, all of whom he loved so much.

Zig Ziglar said, “Fear means two things ... Forget Everything and Run or Face Everything and Rise. The Choice is yours.” Throughout his life, Dad chose to face everything and rise. The courage he displayed during those three years, between the ages of 17 and 20 years old, as an airman training and fighting overseas was the same courage we saw him display in his final three years fighting an internal and infernal enemy. Although he ultimately lost that battle, he fought it hard and gave us three more years of time with him.

Those of us who remain and who loved him knew him as a great Husband, Father, Father-in-law, Grandfather, Uncle or Great Uncle, Brother, Brother-in- law, or Friend. He was known through his life as a Pilot, a Farmer, a Postman, and a Hero.

I am proud of my Dad.

I am proud to be his son.

He has now taken off on his final flight and final mission.

You did it your way and I love you. 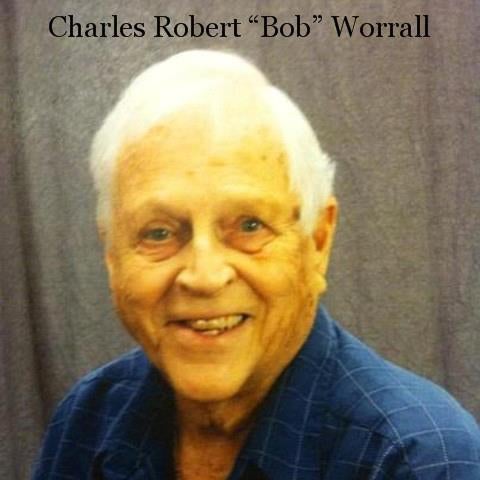 “My Way,” performed by Frank Sinatra

And now, the end is here
And so I face the final curtain
My friend, I'll say it clear
I'll state my case, of which I'm certain
I've lived a life that's full
I traveled each and ev'ry highway
And more, much more than this, I did it my way.

Regrets, I've had a few
But then again, too few to mention
I did what I had to do and saw it through without exemption
I planned each charted course, each careful step along the byway
And more, much more than this, I did it my way.

Yes, there were times, I'm sure you knew
When I bit off more than I could chew
But through it all, when there was doubt
I ate it up and spit it out
I faced it all and I stood tall and did it my way.

I've loved, I've laughed and cried
I've had my fill, my share of losing
And now, as tears subside, I find it all so amusing
To think I did all that
And may I say, not in a shy way,
"Oh, no, oh, no, not me, I did it my way"

For what is a man, what has he got?
If not himself, then he has naught
To say the things he truly feels and not the words of one who kneels
The record shows I took the blows and did it my way!