Gray Divorce is Destroying the Finances of Older Americans 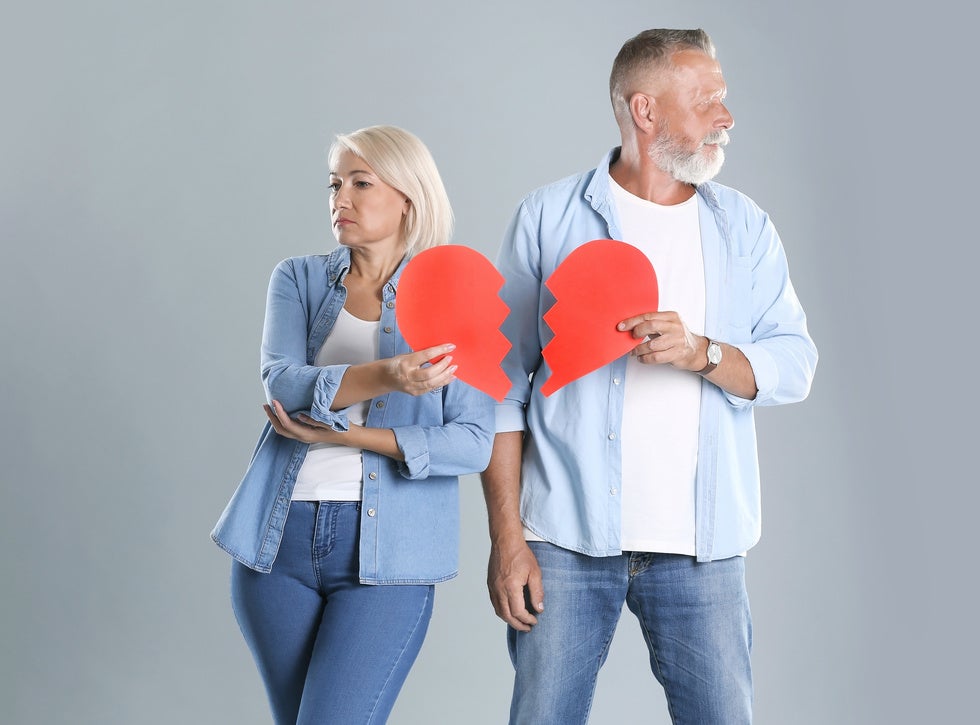 Americans aged 50 or more are experiencing gray divorce more than ever. The term gray divorce generally refers to the baby boomer generation and affects all classes and education levels. Research shows that splitting during middle age is particularly damaging to your financial well being. According to Bloomberg News, the US divorce rate for couples past the age of 50 has doubled since 1990 and occurs most often in people who have married and divorced more than once. The rate of divorce among remarried individuals is 2.5 times higher than those in first marriages. And the financial outlook is usually the bleakest for those who have married and divorced more than once. Losing accumulated wealth for a second or third time can ruin personal finances on an unprecedented scale.

As such, relative wealth can be a protective factor in keeping couples together. Midlife marriages are not always torn apart by empty nest syndrome or a late mid-life crisis. Often, divorcing couples are already experiencing financial problems due to unemployment or job insecurity. These couples may not have the resources to enter into marriage counseling and may not see the point in fighting to remain in an unsuccessful economic partnership. Married couples with more to lose in divorce will often keep a less than perfect marriage viable to protect a lifestyle they are unwilling to forfeit. These couples will often live separate lives but maintain the economic structure within the marriage.

Susan Brown, who is co-director of the National Center for Family & Marriage Research, explains that if you are getting a divorce after the age of 50, expect your wealth to decrease by 50 percent. Brown goes on to state that the depression rate for those experiencing gray divorce is higher than the levels of those who have experienced the death of a spouse. If you are a woman and going through a gray divorce, expect your standard of living to plunge by 45 percent compared to a man's 21 percent. One of the biggest financial tragedies of gray divorce is there is no appreciable window of time to recover the wealth you lost. The event horizon of your life is shrinking, and there is no time to undo the financial destruction. Even qualified career individuals will find ageism is rife within the corporate hiring sector. The prospects for landing a great new job or winning a lottery are very bleak. Statistics show you will be most unlikely to recoup your previous standard of living. This fact is particularly true in the case of women aged 63 or more who, in part, are experiencing poverty rates of 27 percent because of gray divorce. The Journal of Gerontology projects that by the year 2030, more than 828,000 Americans will be divorcing each year even if the gray divorce rate stays the same.

What to do if you become a gray divorce statistic then? One of the best ways to recover is to re-partner. Many older people are looking to re-couple and the digital age is providing more ways to meet than ever before. Online dating sites for older Americans are popular as are the more traditional senior community centers to make connections to like-aged people. If you choose to remain un-partnered however, you can expect to take about four years to end the depression cycle of gray divorce. However, remarrying or re-partnering will end the depression almost immediately with the stipulation you have chosen your partner wisely. Generally, re-partnering is more successful if you are a man since they tend to look for a partner who is significantly younger than themselves. As women live longer than men and because men do tend to seek younger women, older women are left with a vastly smaller pool of potential partners.

Protect your well being and financial interests from gray divorce. Your best hope is to stay successfully married and continue on the path of building wealth and enjoying retirement years. If you find yourself going through a gray divorce, be sure to seek trusted legal counsel who can best advise you on how to protect your assets and future retirement years. Whether you are on your first, second, or third marriage take a look at how best to protect your financial picture in the event gray divorce happens to you. Contact our office today and schedule an appointment to discuss how we can help you with your planning.